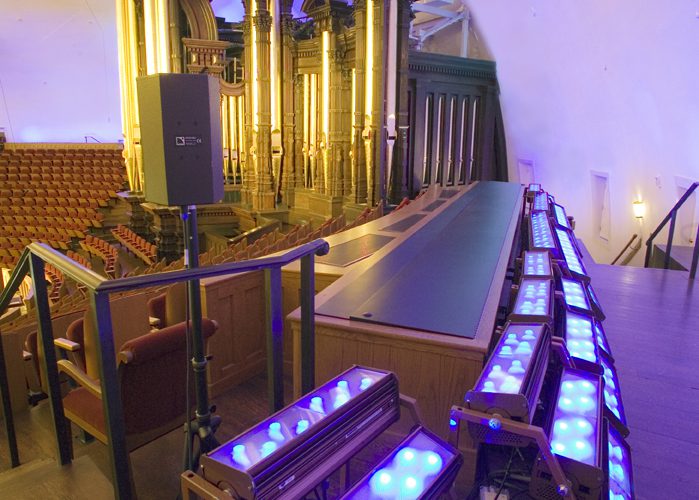 This article by Rob Gerlach first appeared in the January-February 2016 edition of Entertainment Technology Asia magazine.
When I started building prototype lighting instruments with LEDs 15 years ago, the technology had just made its first, tentative leap from direct-view indicator lights to bona fide illumination devices. All solid-state emitters at the time were tiny and dim, but they succeeded in places where tungsten had always struggled, primarily where deeply colored or color-changing light was needed.

Fixtures with a mix of red, green and blue LEDs were marketed under the flag of “full-spectrum color,” and early adopters eagerly snapped them up. Before long, every hotel lounge and shopping mall was blinking in little digital rainbows. The real workhorse applications were still far out of reach, though, and many designers remained stubbornly unimpressed. It was during this early phase that my company made its market début.

We began with a grant from the U.S. Institute for Theatre Technology (USITT) to study the technology as a supplement or replacement for existing tungsten lighting in the theater. As the grant committee commented, the typically cited advantages and savings were attractive, but only if LEDs could perform a legitimate job in a professional setting. This was a real question at the time, and, indeed, it is worth asking even today.

Can we really call LEDs “disruptive?”

The term “disruptive technology” is dreadfully overused in our world of smart devices and pervasive connectedness, but every once in a while it sticks, and solid-state lighting is so deserving as to have garnered some of its creators the 2014 Nobel Prize for Physics.

For one, LEDs won’t run off simple AC power. By definition, light-emitting diodes (LEDs) only allow electrons to flow in one direction. They need DC power. With a worldwide infrastructure built upon AC distribution, we’re faced with a choice between continually adding peripheral components like rectifiers into every LED bulb and luminaire or redoing substantial groundwork that may or may not survive the next disruption.

LEDs are truly digital light sources. Nothing about the way they power on, power off, or dim looks the same as a superheated wire in a glass tube. Thermal inertia is what makes a tungsten lamp noticeably ramp up to full brightness over a fraction of a second and slowly decay back down over as many as several seconds when power is removed. We are used to this behavior, and we expect it – it looks ‘natural.’ The role of thermal inertia in LEDs is negligible, because it is not heat that creates the light within them.

LEDs in most contemporary luminaires are capable of turning on and off within a few billionths of a second. Hiding this instantaneous response requires complex electronics that create an artificial lag. Thermal inertia also allows tungsten to smoothly increase or decrease brightness, even when power is changed by steps. Without very complicated processing, LEDs expose these steps, and dimming looks jittery. This all means that for now and the foreseeable future, solid-state fixtures require elaborate internal systems in order to operate pleasingly alongside tungsten.

Will the disruption last?

Most lighting professionals know that in the world of colored light, as well as most white-light applications, LEDs can outperform any other mainstream technology in terms of basic efficacy. This disruptive characteristic, however, is often too quickly assessed.

Where LED fixtures take the place of large numbers of tungsten units, not only can power distribution and external dimming systems be cut down in size, often many other systems can be minimized as well. Air chillers might be reduced in a studio, for example, since the heat load from solid-state lighting can be as little as 10% of a comparable tungsten rig. With reduced chiller sizes, HVAC blowers, ductwork, and even supporting architecture might also be cut down in size, and the savings related to solid-state lighting can cascade through many different systems.

On the other hand, it is easy to overestimate the impact of LED efficacy. It is not unusual to see anticipated power savings fall short in real application, because brightness levels and/or operating cycles end up being increased well beyond what they would be with tungsten-based lighting. I regularly see rebates and incentives offered to sites where LED fixtures replace outdated tungsten stage lighting. In some cases, these combined offers entirely cover the cost of the LED installations. The power savings may be real, but in the context of an entire performing arts venue, stage lighting might represent only 3-5% of the overall power consumption. I don’t think it will take long for power companies and local administrations to begin drawing back their enthusiasm and their incentives.

My company’s first huge project was to provide color-changing cyc lights to a historic performance hall in the Western U.S. This large wooden structure was famously built “without nails” by settlers in the late nineteenth century, and it contains one of the world’s largest and most famous pipe organs. During a daily organ recital in 2002, the 1KW quartz-halogen ground-cyc fixtures used for shining colored light onto the walls nearly caught a nearby drapery on fire. It wasn’t power savings; it wasn’t longevity; it wasn’t even color-changing capabilities that sold the preservation team on LED lighting for this space. It was safety that sealed the deal.

Once the technology was chosen, the preservation team began comparing different kinds of LED fixtures. The hall is used for a weekly video broadcast that is distributed worldwide. Color on camera became a critical distinguishing feature between competing color-changing luminaires. Many red-green-blue products were tested. In the end, my company’s fixtures were selected because of their very unusual approach to color mixing, and this brings up an important point about LED products.

All LED color-mixing is not alike, and none of it is like tungsten.

Marketing hype aside, red-green-blue color-mixing is most emphatically not “full-spectrum” color. Neither is RGB plus amber. Neither are any of the myriad other approaches to additive color-mixing on the market.

Additive color-mixing is an entirely different way of thinking than the subtractive method used with filters on tungsten, and it can be rather non-intuitive, especially when dealing with more than three primary colors. It takes a very good control system – one that knows the specific color capabilities of a given LED fixture – to make the job of additive mixing quick and simple. Thankfully, ETC and other console manufacturers are wise to this requirement and are continually improving their color-management options in their desks.

LEDs are unique in that they only produce narrow spectral bands of light. Technically speaking, there is no such thing as a white LED. White emitters are always combinations of blue or violet LED “pumps” along with down-conversion media like phosphors that change some of the pump to longer wavelengths that then mix to make white. White emitters generally produce a narrow spike of color from their pump source, accompanied by a sloping hump of output in the green/yellow/orange range. In fixtures that use multiple colors of LEDs, the combined spectral output is generally a series of peaks and valleys across the spectrum.

RGB is more than sufficient for many applications; however, some uses require far more spectral components. The premiere lines of ETC’s products use seven colors of LEDs, because this approach gives the fixtures a much broader gamut of saturated color as well as white light and soft pastels that much more closely mimic the spectral content of tungsten, with and without gels. This seven-color system also combines the various emitters in very specific ratios, because not all colors of LEDs are of comparable brightness. Very few LED luminaires take this approach to color mixing. No other prominent LED luminaire manufacturer takes this approach to color mixing. ETC is in a class of its own.

In all LED fixtures, the final output rarely reaches into the extreme red and violet ends of the visible spectrum. This has an important impact, especially in the deep-red region that so strongly affects the appearance of human skin tones, wood tones, and other organic materials. It is difficult and very costly in terms of efficacy to include large amounts of the long-wavelength red light that flows so richly from all tungsten sources. This hit to efficacy will always be there. It is a fundamental component of the way we quantify visible light. LED luminaire manufacturers will therefore always face a tough tradeoff between high efficacy and high-quality spectral fullness.

Is it necessarily either-or?

The conflict of efficacy and rich spectral content is one reason that many designers have preferred a hybrid tactic with solid-state lighting, combining both tungsten and LEDs in a stage rig. LED luminaires provide a strong punch of color, while conventional tungsten units boost brightness in white and fill in the critical long-wavelength parts of the spectrum.

Having said this, though, solid-state luminaires continue to get brighter and more spectrally complete. With new developments like the incorporation of high-efficacy lime-green emitters in color-mixing fixtures, there are more and more installations in which LEDs are used exclusively, sometimes to great effect. The 2015 Tony Award®-winning musical, Fun Home, is lit primarily by ETC Source Four LED Series 2 fixtures (a noteworthy moment in the history of Broadway lighting, as it was the first major production lit almost exclusively by solid-state instruments). Even though the palette is filled with rich, organic tones and warm white light, these solid-state instruments fit beautifully and seamlessly within the production.

It may not be long before the reasons for clutching onto our beloved tungsten lose their justification altogether. Though it doesn’t yet saturate every application, solid-state lighting is now fully mainstream. The disruption has happened, and the world is most certainly embracing the LED revolution.

Rob Gerlach loves color. He loves it so much that he started a whole LED lighting company just to make more of it. He co-founded Selador in 2002 and introduced the x7 Color System™ to the world in 2004. Since then, he has guest-lectured around Europe and North America on the various aspects of LED lighting in theater environments – covering topics from human color perception to fixture efficacy and the need for new color and lighting metrics. In 2009, he accompanied ETC’s acquisition of the Selador product line to work with ETC in bringing brighter, better, and more colorful LED fixtures to life. He currently lives in Salt Lake City, Utah, with a beautifully pale wife and six colorful children. 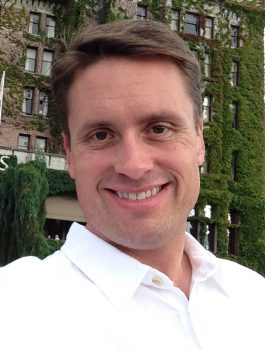 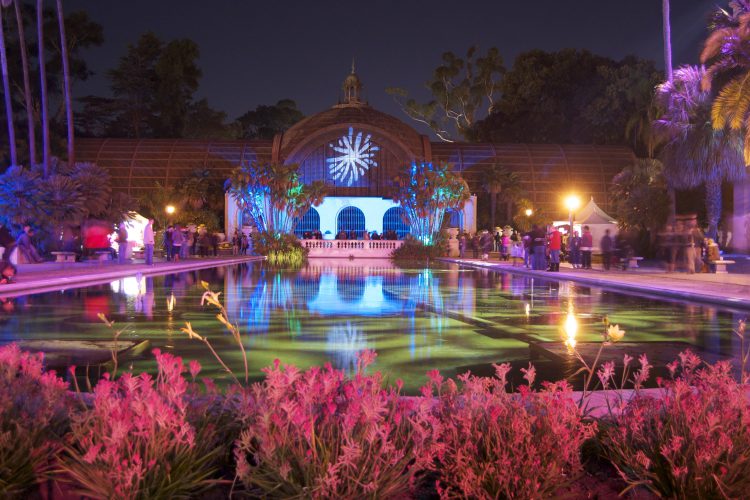 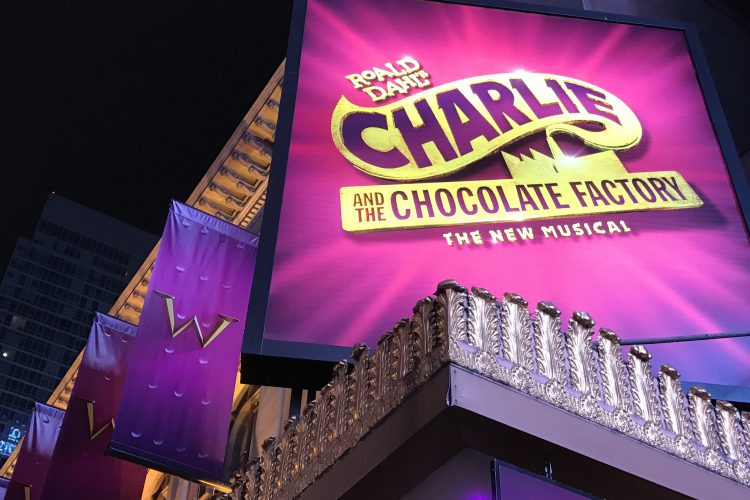 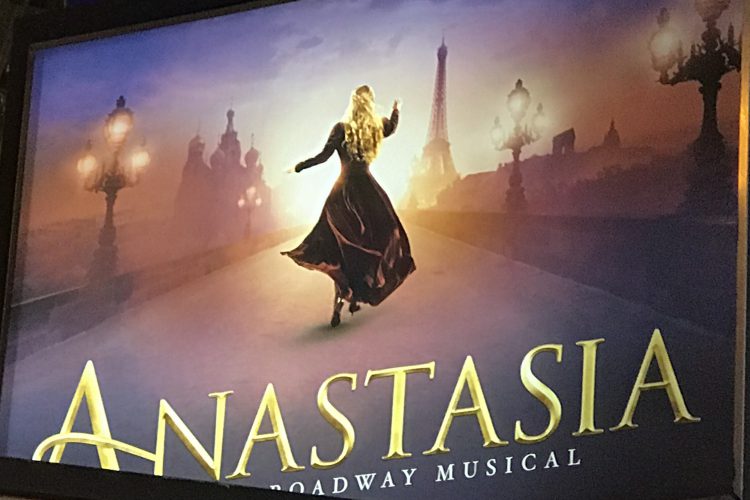 Welcome to Eos on Broadway, where we take a look at the behind-the-scenes control that makes a large-scale show tick. In this installment, Eos programmer Scott Kearns Tusing talks about the...