All of the designers, models, and volunteer staff are students in the school’s fashion and design program, and the annual event took place in the Millett Hall basketball arena. Prestige AV & Creative Services supplied the lighting rig, comprised of 32 SolaFrame 1000 and 12 SolaWash 2000 fixtures controlled by a Hog 4 console. Prestige’s Lighting and Rigging Director Shawn Bernstein led the production team and was assisted on the gig by Video Lead Chip Thompson, Rigger/L2 Daniel Grote, and Zactrack System Tech Aaron Hubbard.

“SolaFrame 1000 is our primary automated framing fixture. When we made this investment, we looked at different options, but the Sola Series was a better built product, with the feature set we wanted… I would put the intensity of the SolaFrame 1000 up against any of the 1200 watt arc fixtures on the market.” – Shawn Bernstein 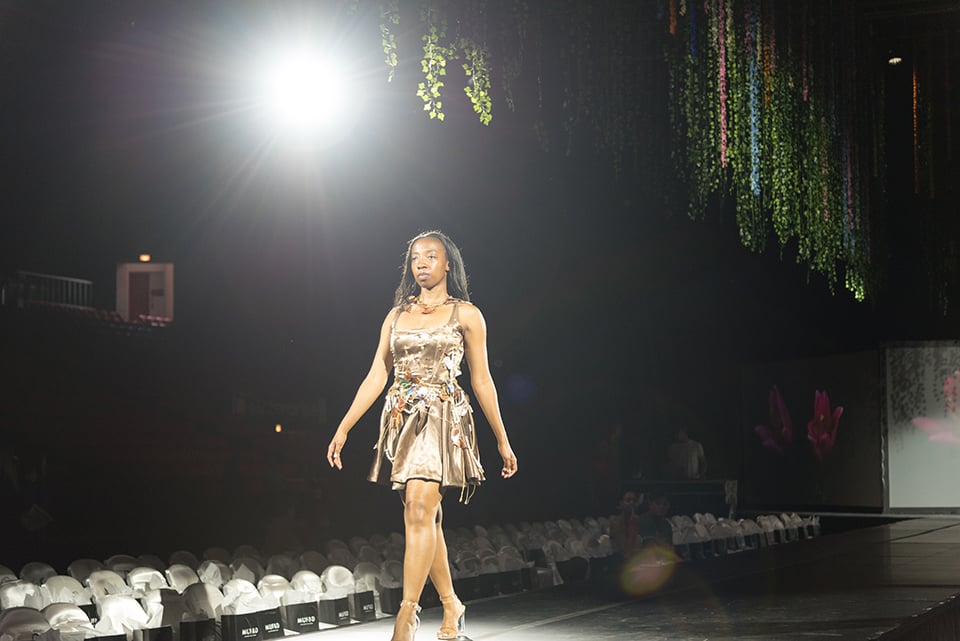 Bernstein says, “Since this is an annual student-led project, we had a new group of students in charge of the event and what the direction would be. This year they wanted to go big, so we played with some different runway options, and settled on a more traditional layout with three screens in a half-hexagon as a backdrop at the front of the runway. In past years, we have done this event with around 100 ETC Source Four PAR fixtures in the standard manner one would light a fashion show. After our first meeting about concepts and vision, we pitched the idea of using the Zactrack automation system, with the models lit in a spotlight as they walked the runway. They loved the idea and we started creating the plots, layouts, and general plan. This was a totally different mindset for us, so it was not only exciting but incredibly scary to take such a giant leap into a new thought process for this event.” 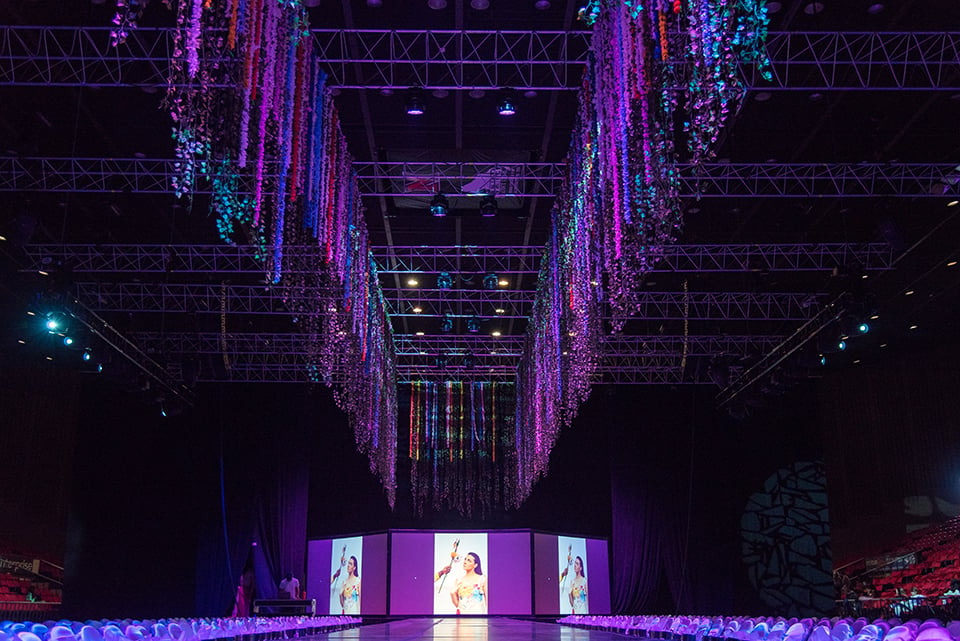 A dozen SolaWash 2000 fixtures were spread evenly down the sides of the 72’ runway, with five on each side hung from house trusses. Two more were placed on the downstage truss. The plan was for the fixtures to provide a dim wash during the event, and to be the primary wash fixtures for the runway walks. The SolaFrame 1000 units were split across 28’ trusses with eight on each side of the runway, and another eight pushed off the downstage left and right corners. A Zactrack system controlled one of the framing fixtures from each position, so that the talent was lit from all the primary viewing angles during the runway walk. The remaining SolaFrame 1000 were used to fill in the corners and gaps that needed coverage. During a complete collection walk, the team bypassed the Zactrack, using the rig to create a gorgeous 5600k wash over the entire fashion show runway, rather than trying to spotlight each unique model.

For this event, Shawn went with the combination of the SolaWash and SolaFrame units for a nice flat even field and matching color and output abilities.

“They are rock solid fixtures that we knew would give us clean light, not only for the live patrons but for the photo and video elements of the fashion show. The combination of the zoom angles, shutters, and focus/ frost features allowed the SolaFrame 1000 to quickly morph from acting as a ‘spotlight’ to filling in and adding to the full wash for the complete collection walks. Their smooth pan and tilt movement made the constant tracking of models seamless and even.” -Shawn Bernstein 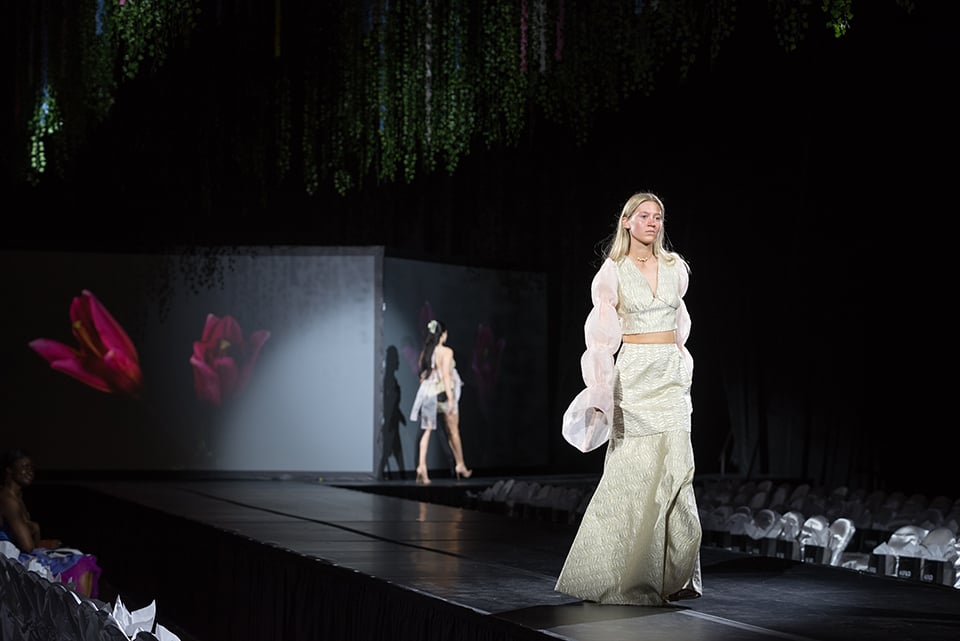 You can read the full story and see more photos on our website.

All photos provided by Shawn Bernstein

3 questions to guide your search for long-lasting LED fixtures 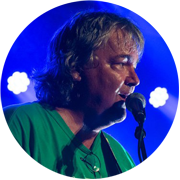 Bruce joined the ETC family in 2017. A former magazine editor and journalist, Bruce also worked in marketing at High End Systems throughout the 1990’s, returning as a consultant in 2012. At ETC he covers marketing for the High End Systems product range, and pinch hits on projects for other company departments. Based in Austin, Bruce is a musician and budding record producer, and was nicknamed ‘the ETC musical director’ at Workshop 2018, a moniker he is now comfortable with. He has enjoyed a long side career performing at lighting industry events, loves to talk about his amazing grandchildren, and gets occasional points for sending banana nut bread to his co-workers. 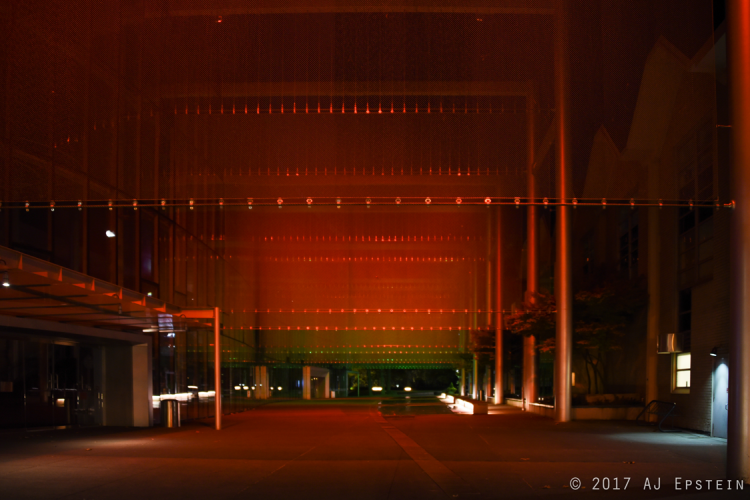 When the designer is ready the fixture will appear 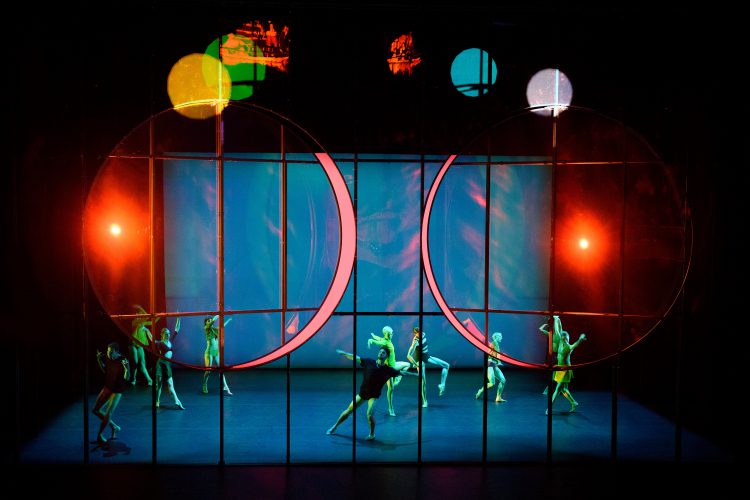 The opening program of the New Vision Arts Festival 2018, Tree of Codes, opened in October of 2018 at the Grand Theatre of the Hong Kong Cultural Centre. ETC was delighted to help bring this...