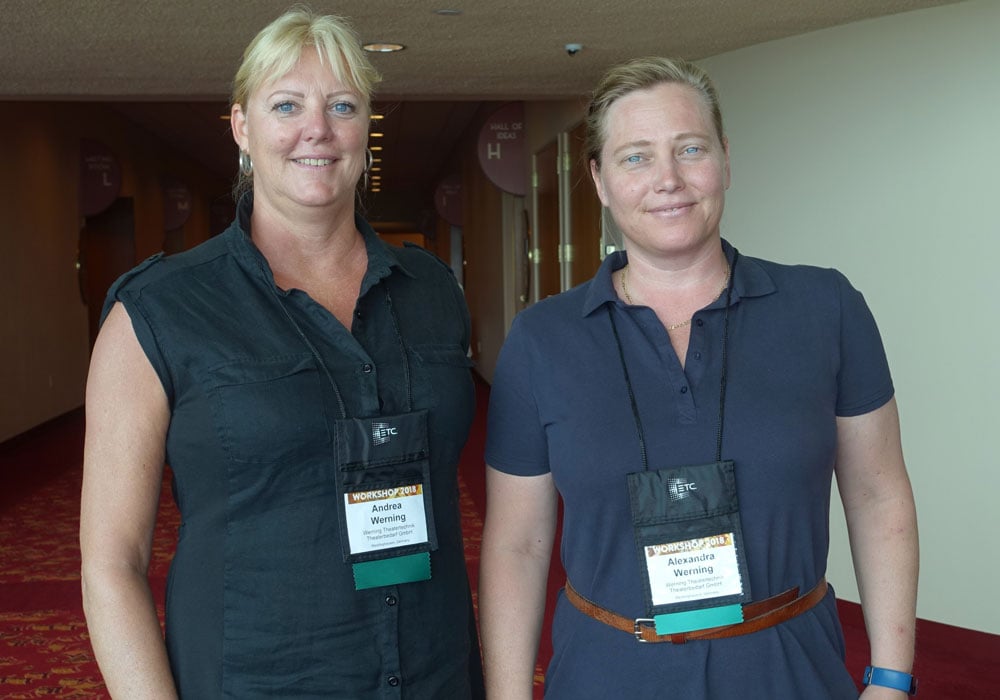 Running a lighting company might not be the dream of every little girl, but sisters Alexandra and Andrea Werning were destined for it.

Their father founded Werning Theatertechnik-Theaterbedarf in 1978, and to prepare them to take it over he insisted that the girls study technical theatre in Köln (or Cologne) and learn their craft working in local venues. Their preparedness comes through in everything they do. For their interview at the Workshop in Madison, they came armed with notes about their company history. “We are German and female,” they joked, “of course we are well prepared.”

At some point the girls may have considered other careers; Andrea was daunted when she saw her sister’s workload and the long hours Alexandra and her father were putting in. “Then I realized that you could also have fun and make money,” she laughed, echoing the ETC motto.

Initially Werning Theatertechnik-Theaterbedarf sold only stage hardware to the Berlin opera and theatre market. Two years later they moved to their current location in Recklinghausen, West Germany, expanding their business to include lighting fixtures, dimming, audio, and a full installation service. In 1999 the sisters became joint managing directors of the 20-employee company that has an inclusive policy of hiring young mothers and the disabled, offering them a flexible work schedule and jobs suited to their talents.

Since 2003 the full range of ETC products has made up the bulk of the company’s lighting sales. “ETC has been especially helpful with support for the newer LED technology, a lot of which is mandated by the strict European norms and energy-saving regulations,” said Alexandra. Two years ago, they became High End dealers and are, of course, delighted that High End is now part of the ETC family. With the upsurge in the Germany economy the company is preparing to take on projects that have long been delayed because of low local tax revenues. Other growth areas include school auditoriums, churches, and upgrades to network technology in theaters. Old steelworks and coal mines are also being converted to event spaces. Recently they completed a retrofit at the Chancellery in Berlin and sold Eos Ti consoles to the Burgtheater in Vienna. They have a proposal to light the ancient castle in the center of Berlin.

Building on sales in neighboring Austria and Switzerland, they are especially excited about their new online store. “We can’t believe the worldwide customers who have found us through it,” say the sisters who are clearly having fun and making money.

Defending the integrity of a theater: Josephine Marquez on the craft of consulting

“Theaters are terribly complicated spaces,” says Josephine Marquez. As ETC’s National Specifications Manager, and as a long-time consultant in the industry, she would know. I sat down with Marquez... 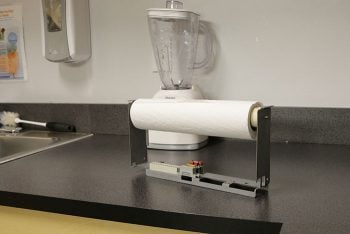 The shocking impact of theatre on the environment

For anyone who has ever worked in live theatre, you understand the massive amount of time, energy, and materials required to put up a single show. The costumes, lighting, scenery, marketing... 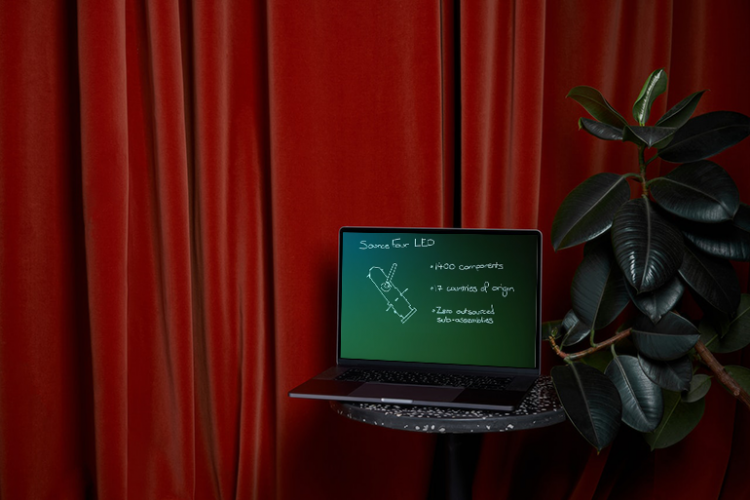 Earth Day is April 22 and we at ETC continue to look at what we can do as a manufacturer to increase our sustainability efforts and decrease our carbon footprint. During CUE 2022, a team from our...