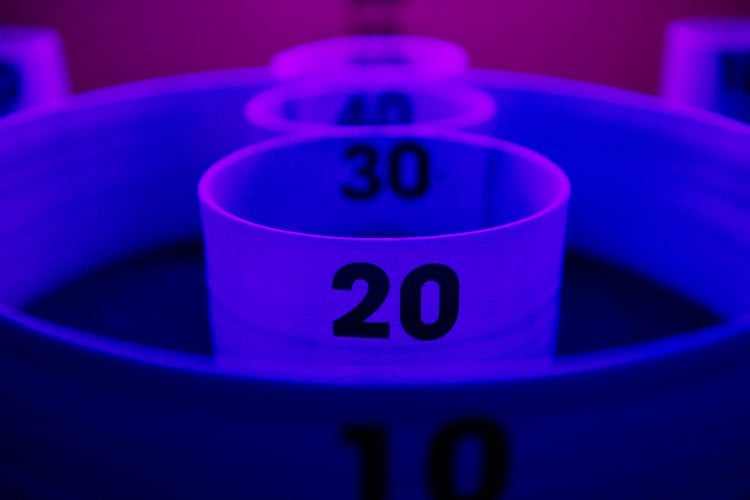 Jason Perry has a very cool basement. When he’s not coordinating demos in ETC’s New York office, Perry likes to tinker and invent; the lower level of his Connecticut home is an envy-inducing arcade of old games and coin-operated antiques, including three pinball machines that he’s restored to working order. But no arcade – basement or otherwise – is complete without a classic game of ball-rolling prowess.

“I’ve always wanted to have a Skee-ball machine,” says Perry, “but my house is a little small to hold one. I wanted to find something that would mimic Skee-ball but was a little bit smaller.” His solution: scale down to putt-putt-style “skee-golf,” and power it with Cobalt software.

“Basically, I like challenging myself and coming up with things that I think are cool, and figuring out a way to do them,” Perry explains.

Since he already had the ETCnomad software, Perry decided to run his skee-golf game in the Cobalt software because of the flexibility of the masters. “It allowed me to create kind of a logic system so that I could have one thing trigger another thing, and through all the events it would create a simple logic circuit,” he explains.

Perry has been working on the project on and off since last July. First, he built the physical box out of plywood and engineered the scoreboard. He cut the number segments out of foam core, which he faced with clear acrylic sheeting and a a scrap of rear-projection screen, and back-lit with individual LED pixels.

Perry used an Arduino to send OSC commands from the game to the Cobalt ETCnomad software running on his laptop. “Cobalt does all the heavy lifting; all the Arduino does is take the break-beam sensors underneath each hole and translates that to OSC that Cobalt can deal with.”

One game, many Masters

The game works just like classic Skee-ball; each player gets nine tries to earn points by sinking a golf ball into the rings on the game board – the smaller the ring, the higher the point value. When a ball lands in a ring – or in the gutter – it activates one of the break-beam sensors, and the console is alerted via OSC. That OSC command then triggers a Cobalt Master that is mapped to a macro, sequence or preset.

“When I was first developing it, I kept talking to Sarah [Clausen, ETC’s Cobalt product manager], and she’d say ‘what’s the purpose of all of this?’ And I’d try to be all coy, because I didn’t really want to admit why I was asking all these questions,” says Perry.

In Perry’s show file, the break-beam sensors are mapped to Masters 5 through 13. Each master triggers a macro that triggers another master that keeps score, counting up by tens. If you hit the ball in the 10-point hole, Master 5 triggers a macro that adds 10 points onto the display; hitting the ball into the 20-point hole fires that “go” action twice, adding 20 points to the board. The scoreboard itself is comprised of individually-addressed LED pixels, DMX-controlled through a Gadget.

“It’s just a sequence of macros, masters and sequences that all kind of add up to something that works,” says Perry. “It took a lot of trial and error, because there are a lot of moving parts.”

The result is a nifty addition to the basement arcade…

…but Perry didn’t stop there.

“The basic game was working within a couple of weeks after I started the project, because once I built the hardware, the software came really quickly,” he explains. “But then I started thinking of all kinds of different things I could do with it.”

Perry began adding different game modes. He added a multi-player version, where two players take turns of three balls each, up to nine. He added a basketball-inspired ‘HORSE,’ where players try to match the holes that their opponents hit. Finally, he added a mode inspired by the darts game ‘Cricket,’ where players have to close out numbers to keep their opponents from racking up points.

“Each time, I’d come up with a game, and then I’d have to go back and figure out how to make that game work in Cobalt.”

Have you used your console for any cool projects? We’d love to feature them! Let us know at blog@etcconnect.com.

Henry IV and the Source IV’s

As Tom Hanks shimmies into a fat suit for his first Los Angeles stage performance as Sir John Falstaff, lighting technicians Curtis Scheu and Ken Berry sit at an ETC Ion and run a final channel... 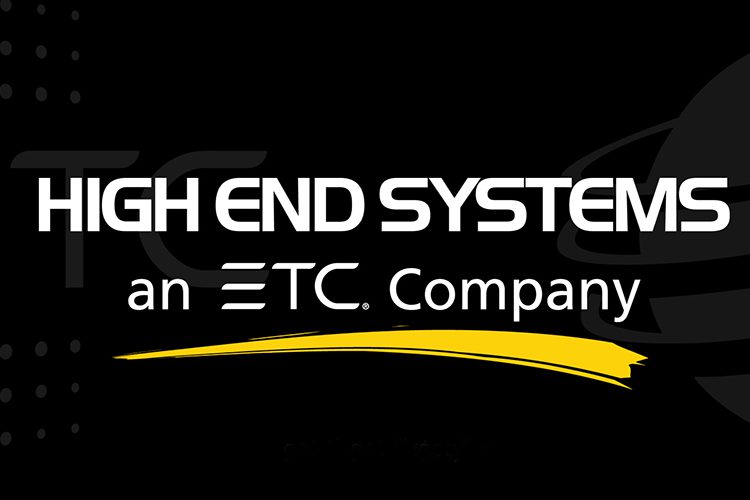 On Friday, March 31st, ETC completed its purchase of High End Systems from Barco, Inc. We are delighted to welcome High End into the ETC family. High End brings a solid position in their market, an...