Our notes indicate that this patch panel dates from around 1972, and that it was installed in Thomas Jefferson Middle School in Arlington, VA. It remained in use until 2006. It is a large piece of equipment, measuring 66″ x 61″ x 100″.

What is a patch panel, anyway?

In the days before theatres had a lot of dimmers, the number of lighting positions/circuits frequently exceed the number of available dimmers. Patch panels provided a workaround, and a convenient interface for selecting which lights would be controlled by which dimmer.

Each circuit in the space corresponded to one of the numbered patch cords across the top of the panel. The patch cords are designed to automatically retract when released in order to keep everything orderly (as you can see in the photo above, some of the retracting mechanisms on this unit have broken, so the cords hang loose.)

This Kliegl patch panel allows up to six patch cords to connect to each dimmer, though the combined load couldn’t exceed the dimmer’s capacity. The hookup cheat sheet in the photo below shows that two or three circuits were generally patched to a single dimmer – though, of course, those circuits could then only be controlled together. 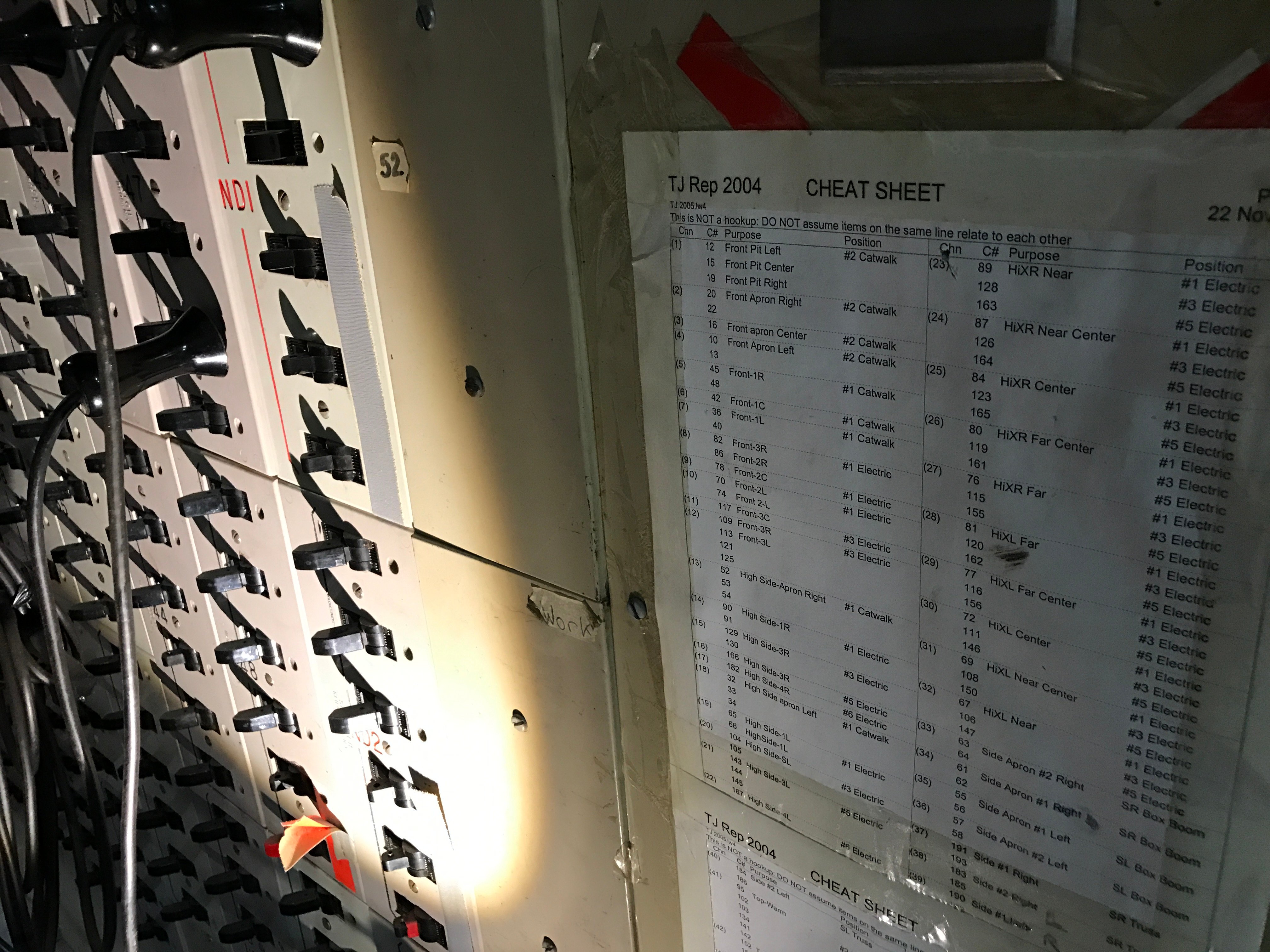 Often, simply controlling multiple lights together on one dimmer wasn’t enough to get the desired effect. To make the most of limited dimmers and control channels, the circuits were often manually re-patched mid-show. A dimmer that controlled a downstage special in Act I might be re-patched at intermission to control side light for an Act II dream ballet. 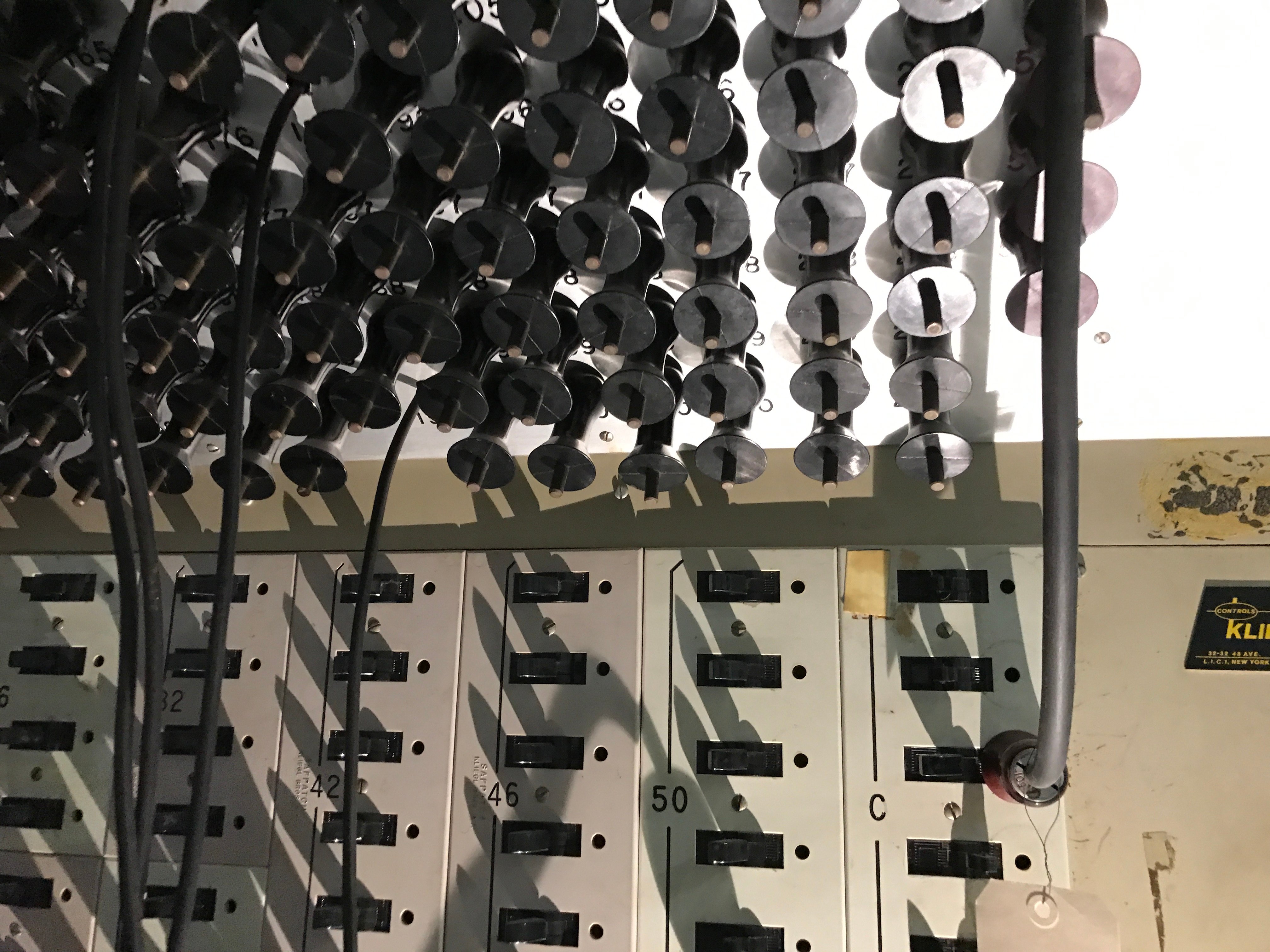 Unlike piano boards, which are all but extinct in the wild, there are actually still a fair number of patch panels in use in theaters around the world. I have (mostly) fond memories of using one in my college theatre circa 2005 (last I saw, it was still there). Sure, there were some loose-hanging cords and “NFG” dimmers. But the patch cord handles had a comfortable, tactile weight, and the cords retracted on their spools with a satisfying “shhhk-thunk” sound. If you ever harbored any fantasies of being a mid-century telephone switchboard operator, this was the piece of backstage equipment for you.

Do you have memories to share about using patch panels? Do you know something about the unit pictured above? Our archives are a work in progress, and we’d love your feedback. Let us know in the comments or email us at blog@etcconnect.com. 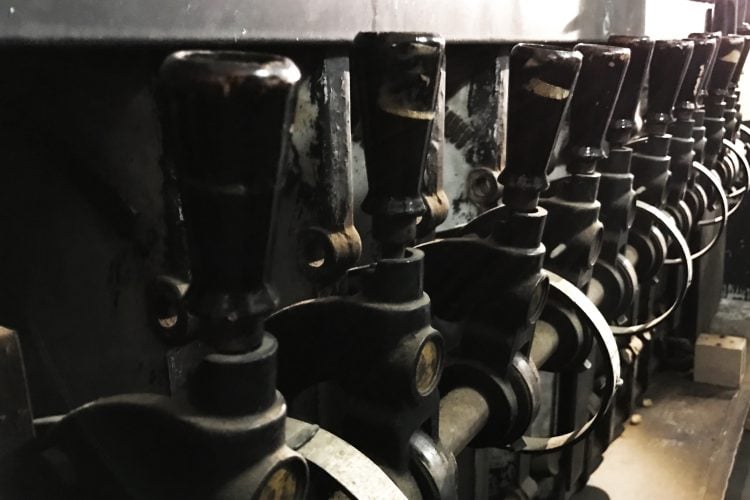