Thanks to some prompt ETC factory support, the wheels of justice did not stop turning when the Kent County Courthouse in Grand Rapids, Mich. underwent a recent upgrade to its lighting control system.

An installation team working over weekends and holidays to make the upgrades – and timely support from ETC despite the awkward schedule – thwarted any criminals hoping to get a postponement.

“It all went very smoothly – the factory came through on time and the electrical contractor had only minor glitches,” said David Kolenda of West Michigan Lighting & Controls, ETC manufacturer’s representative for western Michigan.

Kolenda, the Theatre/Controls Specialist for West Michigan Lighting & Controls, started in community theatre and worked for a local theatrical dealer. He has built an eighteen-year history with ETC control systems and lent his expertise to the electrical contractors on the site to install the ETC gear. “Walking the electrical contractors through every piece of gear is part of the job,” he says.

The Courthouse was designed by architects Tower/Pinkster and won a 2003 IIDA Lighting Award. But now the system needed upgrading after the original 19-year-old Unison system had sustained damage from a brownout and a couple of processors needed attention. The client ordered a beefier system better suited to handling the compact and linear fluorescents currently in the building – and that would also be able to keep pace with the upcoming shift to LED fixtures in the 30 courtrooms. (Two of the courtrooms had recently undergone a complete rebuild but opted not to install LED lest the judges start fighting over who would get the new rooms.) Kolenda used the original riser diagrams to create his own drawings for the project.

A six-person electrical contractor crew swapped out 20 electrical panels for ETC Unison DRd Dimmer enclosures– both 120V and 277V – using a combination of Echo and Paradigm Architectural Control Processors spread over 8 floors and 30 courtrooms. They added EBDKs (Emergency Bypass Detection Kits) in the event of power loss to each floor. The team was able to use existing power and control wiring and only added new conduit runs for the EBDK’s.

Then they tackled the 30 individual courtrooms. The facility crew at the courthouse replaced original Legacy Unison products with 60 new Unison Heritage Button Stations, 8 Fader Stations, 30 Unison UH1RS plug-in stations for programming and 30 UHCI Unison Heritage Contact Interface stations for integration with other systems, such as AV. All the low voltage work was handled by the local courthouse crew. Kolenda has already received reports of much better dimming of the compact fluorescents with the new DRd system.

“The original Unison systems were ahead of their time, and provided the courthouse with many years of stellar service – or they wouldn’t have chosen to upgrade with us,” said Karl Haas, ETC’s Architectural National Sales Manager. “The new Unison Paradigm gear will be just as reliable for the courthouse and we’re happy to be a part of a unique location.” 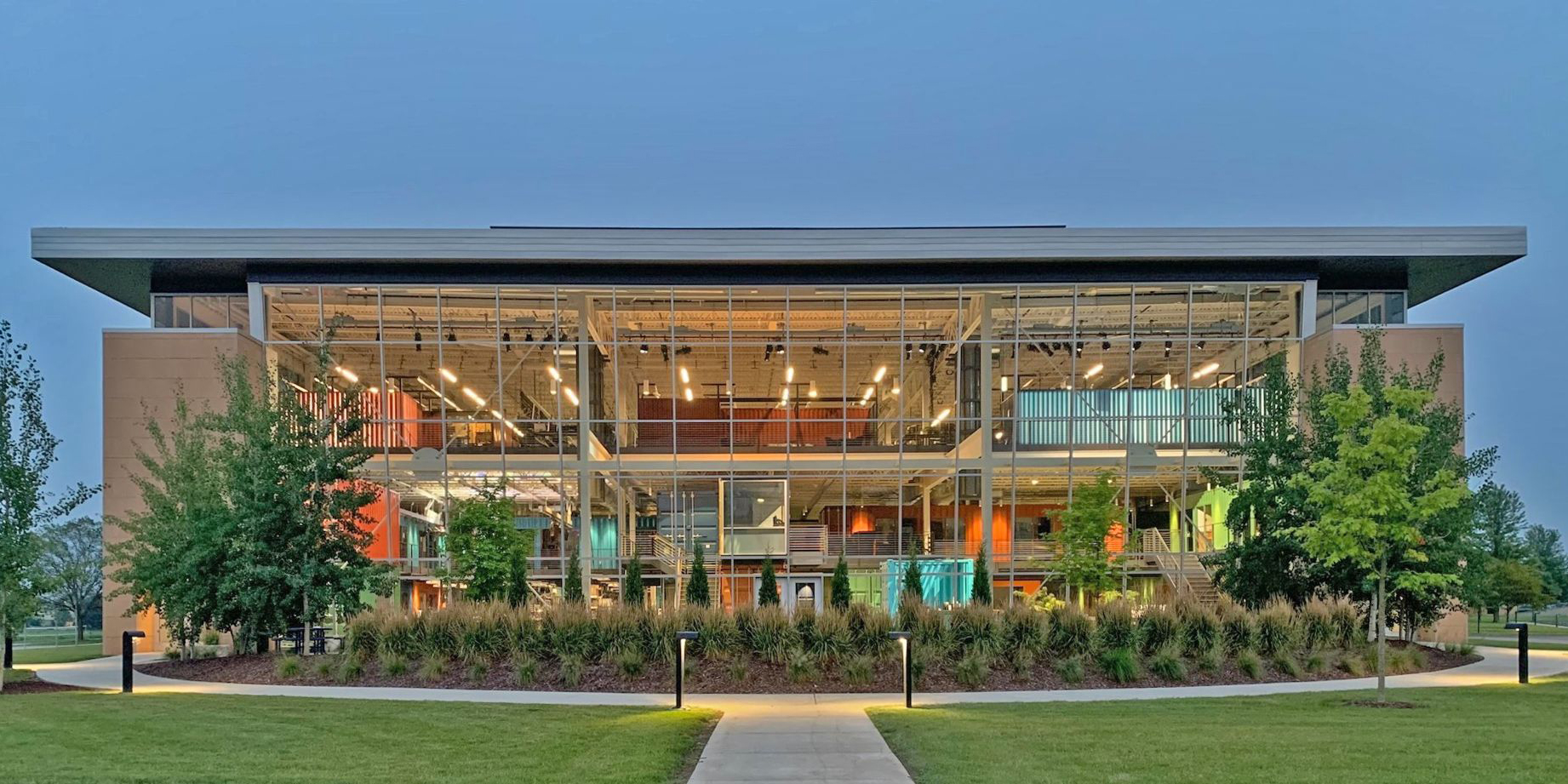 One of the most significant ways ETC has grown is through acquisitions of companies that already had great people and great products. From one end of the globe to the other, it's been an impressive...

When a hurricane strikes, the strong storms often cause nasty electrical interferences, failures, brown outs, spikes, and more. To be extra prepared in your theatre, house of worship, business...